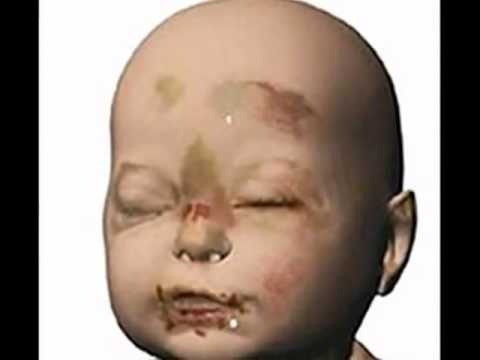 Lesson from Failures in Partnership Working

As more and more local authorities reject the principles behind a learning process for professionals and frontline staff, we need to ask why the system is not working, and genuinely seek to understand what is at the heart of such fears and apparent concerns as we look into more workable alternatives. Otherwise, we will see the introduction of yet another system that may not be fully implemented, or even worse, offers an opt-out for those responsible for initiating such reviews. A Culture of Resistance The Serious Case Review Process would seem to be facing an inappropriate level of resistance by Social Care Managers, and thus cannot deliver on its purpose for many at the frontline, for families, or for the public, all of whom deserve to know why children continue to die, and in what circumstances.

All too often, we hear flimsy arguments of cost or media intrusion, although hardly comparable to the life or death of a child. VCF has repeatedly asked that the welfare of children be prioritised over personal agendas and we urge social care management to deliver a genuine response to case reviews such that we can better understand why many preventable child deaths or serious injuries occur. Just who is being protected when we shy away from distributing information that could assist in helping to understand how we can better care for children in the UK?

And what of the many children who have been saved by appropriate measures being adopted at the right time? It is also well documented that where safeguarding professionals and families are effectively involved in the process, best practice can be more readily identified and utilised by others in similar circumstances. A day later, Connelly was informed that she would not be prosecuted. However, the next day, Peter was found in his cot, blue and after attempts at resuscitation, he was taken to the hospital with his mother but was pronounced dead at pm.

A post-mortem revealed he had swallowed a tooth after being punched. Other injuries included a broken back, broken ribs, mutilated fingertips and missing fingernails. On 11 November , Owen and his brother Barker were found guilty of "causing or allowing the death of a child or vulnerable person". Connelly had pleaded guilty to this charge. Earlier in the trial, Owen and Connelly had been cleared of murder because of insufficient evidence. Barker was found not guilty of murder by a jury. The then Secretary of State for Children, Schools and Families Ed Balls ordered an external inquiry into Haringey Council Social Services to investigate whether they were following correct procedures in general.

This report was presented to ministers on 1 December and Balls announced that, in an unusual move, he had used special powers to remove Sharon Shoesmith from her post of head of children's services at Haringey Council. Again the beaming bright smile of the beautiful seemingly-happy child belied the torture she was in fact enduring. In fact, the smile was masking her pain and used as a coping mechanism. They do what other people want, blame themselves, exonerate powerful adults, feels shame, sometimes explode with anger and have no explanation for explosive behaviour.

They suffered horrific physical abuse but had big smiles on their faces to hide what was happening. They inhibited their own feelings and developed a strategy of smiling to appease their abusers to reduce the possibility of dangerous consequences , however, these strategies did not keep them safe. After she died in February , the pathologist who examined her body noted separate injuries and scars on her body and described it as the worst case of child abuse she had ever seen. Victoria had been burnt with cigarettes, tied up for periods of longer than 24 hours, and hit with bike chains, hammers and wires.

The Laming report, published on 28 January , found that the agencies involved in her care had failed to protect her and that on at least 12 occasions, workers involved in her case could have prevented her death, particularly condemning the senior managers involved. The page report made recommendations in child protection reform. Yet his follow up report following Baby P's death four years later found that many of the reforms had not been adopted. Launching her final report, Munro said: "A move from a compliance to a learning culture will require those working in child protection to be given more scope to exercise professional judgment in deciding how best to help children and their families.

It will require more determined and robust management at the front line to support the development of professional confidence. Munro's report went on to make a series of recommendations which were "geared toward creating a better balance between essential rules, principles, and professional expertise". These included creating a Chief Social Worker position in government to advise the government on social work practice. Local authorities should also start an ongoing process to review and redesign the ways in which child and family social work is delivered, drawing on evidence of the effectiveness of helping methods where the appropriate and supporting practice that can implement evidence-based ways of working with children and families, she added.

Despite guidance to the contrary, the model of serious case reviews has not been able to overcome the suspicion that its main purpose is to find someone to blame. Although there has been some improvement in the quality of some reviews the general picture is not good enough and the lessons to be learned tend to be predictable, banal and repetitive. It called for "a fundamental change", urging the government to discontinue Serious Case Reviews and establish an independent body at a national level to oversee a new national learning framework for inquiries into child deaths and cases where children have experienced serious harm.

It added that the framework should be predicated on high quality, published, local learning inquiries; the collection and dissemination of local lessons; the capacity to commission and carry out national serious case inquiries; and a requirement to report to the Secretary of State on issues for government derived from local and national inquiries. The government confirmed that it agreed with the finding and confirmed that it would replace the current system of SCRs and miscellaneous local reviews with a system of national and local reviews. And in June this year, the Department for Education announced six new members to the new Child Safeguarding Practice Review Panel to work with the chair, Edward Timpson, to consider and share lessons to improve practice from the most serious child safeguarding cases.

The Child Safeguarding Practice Review Panel will be responsible for identifying and reviewing serious child safeguarding cases which the panel believes raise issues and themes that are complex or of national importance. It will look at what could be done differently to improve the protection and welfare of children, and what implications these cases have on current and future policy or practices. Minister for Children and Families Nadhim Zahawi said: "We want to improve care and support for every child, which is why it is so important we reflect and learn from the most serious cases of abuse or neglect, to help ensure the right protection is in place for some of the most vulnerable children in our society.

Led by Edward Timpson, it will support local areas to make improvements to services where they are needed and reduce the risk of future harm to children," he added. A huge impact on social work since Laming and Munro's report is the austerity measures introduced by the government meaning many local authorities are having to increase thresholds, cut back on preventive services and focus on crises due to dwindling budgets. In fact, the LGA says that demand for children's services has risen dramatically.

Over the same period, the number of children on child protection plans increased by more than 23, Meanwhile, funding has been cut. It is against this backdrop that the conference at the King's College in London on 22 February will explore whether indeed wisdom has arisen from past failings, bringing in the unique mix of historians, lawyers, social workers and survivor representatives. Dr Lucy Delap concluded: "Safeguarding is not just a case of having the right policies; it requires a more proactive and intelligent approach that continually assesses the adequacy of protection. And despite a better understanding of the need to safeguard, we cannot assume that the lessons have been learnt.