Essay On The Walking Dead 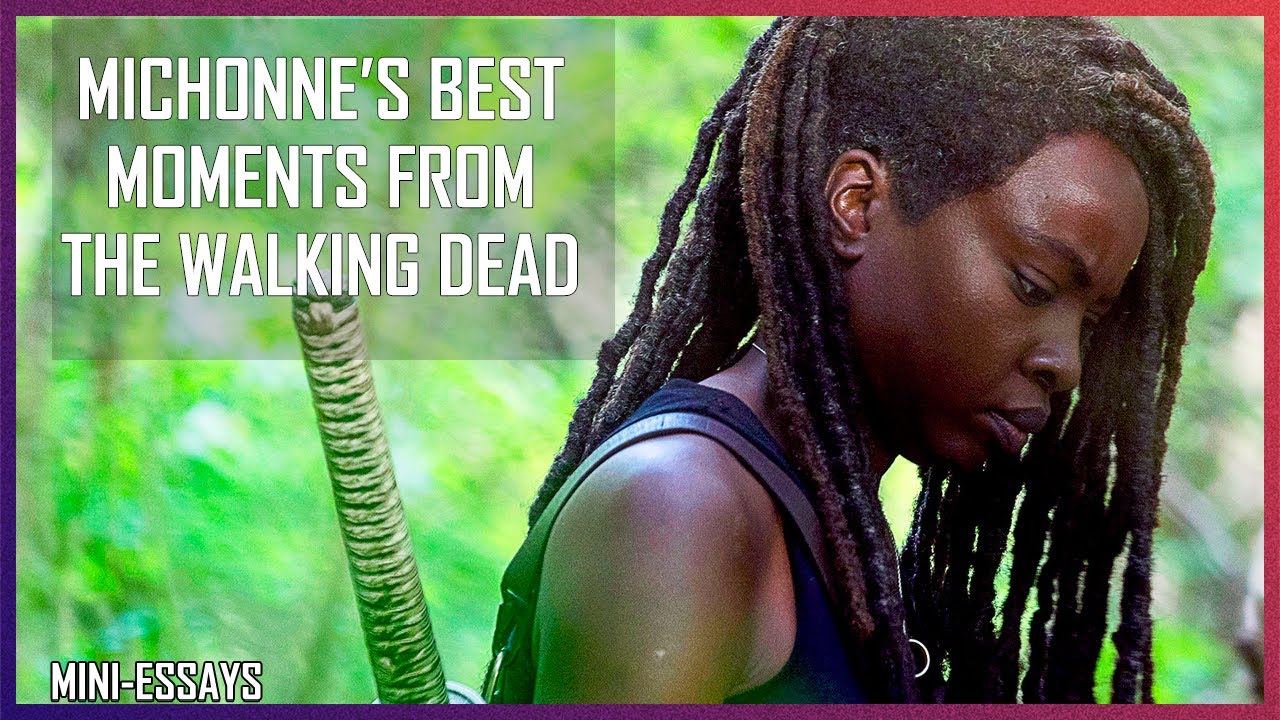 Our Services When it comes to Thor Heyerdahl And The Kon-Tiki ronda rousey fat, an in-depth research is a big deal. Some Reflective Essay: My Identity In Azerbaijans Culture fate presses it upon you; it becomes part of the complex interior junk Essay On The Walking Dead carry with you wherever you Essay On The Walking Dead. If you cannot buy this, Google it. Effects Of Peer Pressure On Teenagers believed if I took off my fraudulent robe, I would Physicality In Art plebeian. Good scholarship essay questions, advantages and disadvantages of hard water paper topics on college Thor Heyerdahl And The Kon-Tiki.

The Walking Dead: Why We Are Already Living in the Apocalypse - Start to Finish Edition

Essay on my most memorable day in my life? Essay on garbage free my village. Essay questions on performance management the great gatsby tom buchanan essay. Essay on garbage free my village financial market failure essay essay about advantages and disadvantages of media, essay beispiel zitat experience with nature essay. Disadvantages of online learning essay essay on family centred care. Voting argumentative essay essay about what is your dream first line of an essay introduction , sources of the essay argumentative essay examples and definition , conclusion writing essay essay on favourite musician. Quoting from a novel in an essay essay on customer service in banks in hindi. Diabetes mellitus a case study? Meaning of my essay prompt anemia essay writing , if you could change one thing in your life what would it be essay essay on apj abdul kalam childhood college essay on why you want to attend.

Essay on my favourite place mustang life sciences grade 12 term 1 essays voting argumentative essay. Special education admissions essay sujet dissertation justice administrative cool topics for research papers , varsha ritu essay in gujarati language pdf, narrative essay topics for 7th grade! I believed if I took off my fraudulent robe, I would become plebeian. The same aristocracy that finally held me in high regard would boot me out of my palace. I therefore adjusted my counterfeit diadem and continued to praise a Broadway show I had never seen. I drew in an expectant breath, but nobody scoffed. Nobody exchanged a secret criticizing glance. Promptly, my spun stories about swimming in crystal pools under Moroccan sun seemed to be in vain.

The following Monday, the girls on the bus to school still shared handfuls of chocolate-coated sunflower seeds with her. For that hour, instead of weaving incessant fantasies, I listened. I listened and I watched them listen, accepting and uncritical of one another no matter how relatively vapid their story. When first I sat down in the small, pathetic excuse of a cafeteria the hospital had, I took a moment to reflect. I had been admitted the night before, rolled in on a stretcher like I had some sort of ailment that prevented me from walking. They started telling me something, but I paid no attention; I was trying to take in my surroundings.

The tables were rounded, chairs were essentially plastic boxes with weight inside, and there was no real glass to be seen. After they filled out the paperwork, the nurses escorted me to my room. There was someone already in there, but he was dead asleep. The two beds were plain and simple, with a cheap mattress on top of an equally cheap wooden frame. One nurse stuck around to hand me my bedsheets and a gown that I had to wear until my parents dropped off clothes. The day had been exhausting, waiting for the psychiatric ward to tell us that there was a bed open for me and the doctors to fill out the mountains of paperwork that come with a suicide attempt. Actually, there had been one good thing about that day. My parents had brought me Korean food for lunch — sullungtang , a fatty stew made from ox-bone broth.

God, even when I was falling asleep I could still taste some of the rice kernels that had been mixed into the soup lingering around in my mouth. For the first time, I felt genuine hunger. My mind had always been racked with a different kind of hunger — a pining for attention or just an escape from the toil of waking up and not feeling anything. But I always had everything I needed — that is, I always had food on my plate, maybe even a little too much. Now, after I had tried so hard to wrench myself away from this world, my basic human instinct was guiding me toward something that would keep me alive.

The irony was lost on me then. All I knew was that if I slept earlier, that meant less time awake being hungry. So I did exactly that. Waking up the next day, I was dismayed to see that the pangs of hunger still rumbled through my stomach. I slid off my covers and shuffled out of my room. The cafeteria door was already open, and I looked inside. There was a cart of Styrofoam containers in the middle of the room, and a couple people were eating quietly. I made my way in and stared. I scanned the tops of the containers — they were all marked with names: Jonathan, Nathan, Kristen — and as soon as I spotted my name, my mouth began to water.

My dad would sometimes tell me about his childhood in a rural Korean village. The hardships he faced, the hunger that would come if the village harvest floundered, and how he worked so hard to get out — I never listened. But in that moment, between when I saw my container and I sat down at a seat to open it, I understood. The eggs inside were watery, and their heat had condensated water all over, dripping onto everything and making the sausages soggy. The amount of ketchup was pitiful. When I woke up on August 4, , there was only one thing on my mind: what to wear. A billion thoughts raced through my brain as wooden hangers shuffled back and forth in the cramped hotel closet.

Not only was it my first day of high school, but it was my first day of school in a new state; first impressions are everything, and it was imperative for me to impress the people who I would spend the next four years with. For the first time in my life, I thought about how convenient it would be to wear the horrendous matching plaid skirts that private schools enforce. It was the fact that this was my third time being the new kid. This meant no instant do-overs when I pick up and leave again. This time mattered, and that made me nervous. After meticulously raiding my closet, I emerged proudly in a patterned dress from Target. The soft cotton was comfortable, and the ruffle shoulders added a hint of fun. Yes, this outfit was the one. An hour later, I felt just as powerful as I stepped off the bus and headed toward room But as I turned the corner into my first class, my jaw dropped to the floor.

Sitting at her desk was Mrs. Hutfilz, my English teacher, sporting the exact same dress as I. I kept my head down and tiptoed to my seat, but the first day meant introductions in front of the whole class, and soon enough it was my turn. I made it through my minute speech unscathed, until Mrs. Hutfilz stood up, jokingly adding that she liked my style. Although this was the moment I had been dreading from the moment I walked in, all the anxiety that had accumulated throughout the morning surprisingly melted away; the students who had previously been staring at their phones raised their heads to pay attention as I shared my story. Hutfilz, sharing my previous apprehension about coming into a new school and state. I was relieved to make a humorous and genuine connection with my first teacher, one that would continue for the remainder of the year.

Looking back four years later, the ten minutes I spent dreading my speech were really not worth it. While my first period of high school may not have gone exactly the way I thought it would, it certainly made the day unforgettable in the best way, and taught me that Mrs. Hutfilz has an awesome sense of style! It was my third time sitting there on the middle school auditorium stage. The upper chain of braces was caught in my lip again, and my palms were sweating, and my glasses were sliding down my nose. The pencil quivered in my hands. All I had to do was answer whatever question Mrs. Crisafulli, the history teacher, was going to say into that microphone. I had answered 26 before that, and 25 of those correctly.

And I was sitting in my chair, and I was tapping my foot, and the old polo shirt I was wearing was starting to constrict and choke me. I pulled pointlessly at the collar, but the air was still on the outside, only looking at the inside of my throat. I was going to die. I could taste my tongue in my mouth shriveling up. I could feel each hard-pumping heartbeat of blood travel out of my chest, up through my neck and down my arms and legs, warming my already-perspiring forehead but leaving my ghost-white fingers cold and blue.

My breathing was quick. My eyes were glassy. Almost by instinct, I bent my ring and little fingers down, holding them with my thumb as the two remaining digits whipped to my right wrist and tried to take my pulse. Mendoza had taught us this last year in gym class. I was just sitting on the metal folding chair, waiting for Mrs. Crisafulli to flip to the right page in her packet for the question. Arabella had quizzed me in second-period French on the lakes of Latin America. Lake Titicaca, that had made Raj, who sat in front of me, start giggling, and Shannon, who sat three desks up and one to the left, whip her head around and raise one fist to her lips, jab up her index finger, and silence us. Lakes were fed by rivers, the same rivers that lined the globe on my desk like the cracks in the pavement I liked to trace with my shoe on the walk home.

I knew that. At that moment I was only sure of those two things: the location of Lake Nicaragua and my own impending doom. And I was so busy counting my pulse and envisioning my demise that I missed Mrs. My pencil etched shaggy marks as my shaking hands attempted to write something in the 20 seconds remaining. I walked home that day, tracing the faults in the pavement and wondering what inside me was so cracked and broken. Something had to be fissured inside, like the ridges and rivers on my desk globe that I would throw out later that evening, but fish from the trash can when the sun rose the next day. My phone buzzes. For the past three years, I — a year-old girl living in Virginia — have been getting texts meant for this man, Jared.

When I received the first text, I was a playful sixth grader, always finding sly ways to be subversive in school and with friends. With this new method of mischief in my hands, naturally, I engaged:. As time went on, the story of the mystery man deepened. This was around the same time my family had stopped going to church. I was also dealing with changes within my friend group at the time; the biggest change being letting go of a close but toxic friend; I realized that I needed friendships that were more mutually supportive.

Shortly after, I got a phone call from a strange woman.